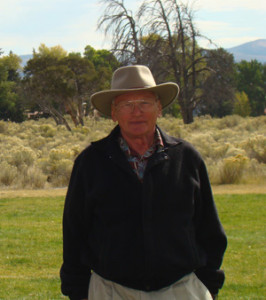 Horst Christian was born in Berlin, Germany in 1930.  His father, a mathematician and a banker, taught him to read and write before the age of 5.  He discovered his love for writing by the time he was 10 years old and wrote vacation reports and several articles for the German school periodical “Hilf Mit.”

His favorite pastime was playing in the U-Bahn (subway) tunnels.  While other children played soccer, Horst, with a few other likeminded children, explored Berlin by riding the subway trains.

Drafted to help defend Berlin against the Soviets at the age of 14 because of his unique knowledge of the subway system, he served as a guide for various SS demolition commandos.

In the early 1950s, Horst immigrated to the United States and became a US citizen after the mandatory 5-year waiting period.  He loves to travel and has visited all 50 states in the US, most of Europe, Canada, Mexico, the Caribbean and some Central American countries.  He now resides with his wife Jennifer in Idaho.