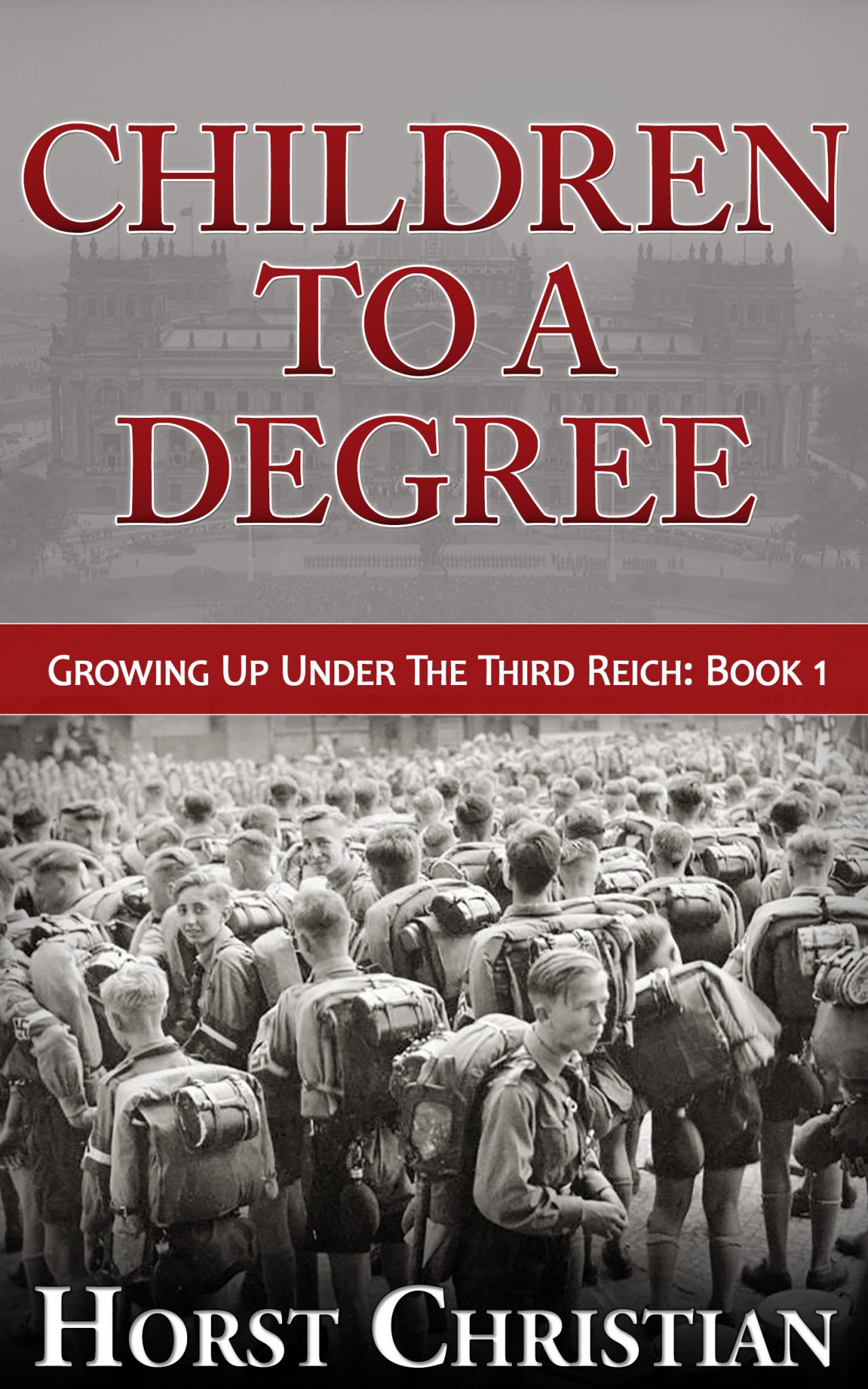 Children To A Degree

A true story about a young boy growing up under the Third Reich.

Karl Veth, the eldest of three children, was born in Berlin, Germany in 1930. By the time he was old enough to start school and begin his education, Hitler had established a firm death-grip on the country. Children were fed a steady diet of Nazi propaganda and were often encouraged to turn on their family and friends; however, contrary to popular belief, not all of them bought into it.

Karl is an intelligent young boy who strives to excel in his studies, but he questions everything. Dangerous questions during a time when people are closely monitored. Karl’s father and grandfather are not blind followers and they have their own opinions about Hitler and his regime. The lessons they teach Karl often contradict what he is taught in school, yet they also inspire him to think on his own and form his own opinions.

German law mandates all children must become members of the Hitler Youth and at the age of 10, Karl enters the Jungvolk, the junior branch of the Hitler Youth. He must wade through the propaganda and everything he is taught to decide for himself what is right and what it wrong. Little does he know at the time, many of his grandfather’s predictions about the future of the Third Reich will eventually come to pass. The lessons he learns now and the opinions he forms will determine his fate in dangerous times ahead.

Karl Veth’s story originally began in the first book of the series, Loyal To A Degree. After receiving a tremendous amount of positive feedback from readers, as well as a number of questions about Karl and his life before the fall of Berlin, I was inspired to write Children To A Degree. Although it has been released as the third book in the series, it serves as a prequel to the first two books. My sincerest thanks go out to the readers who asked the questions and inspired this book.

Don’t miss Karl’s incredible story in the days before and after the fall of Berlin in Loyal To A Degree, Trust to a Degree, and Partners To A Degree.