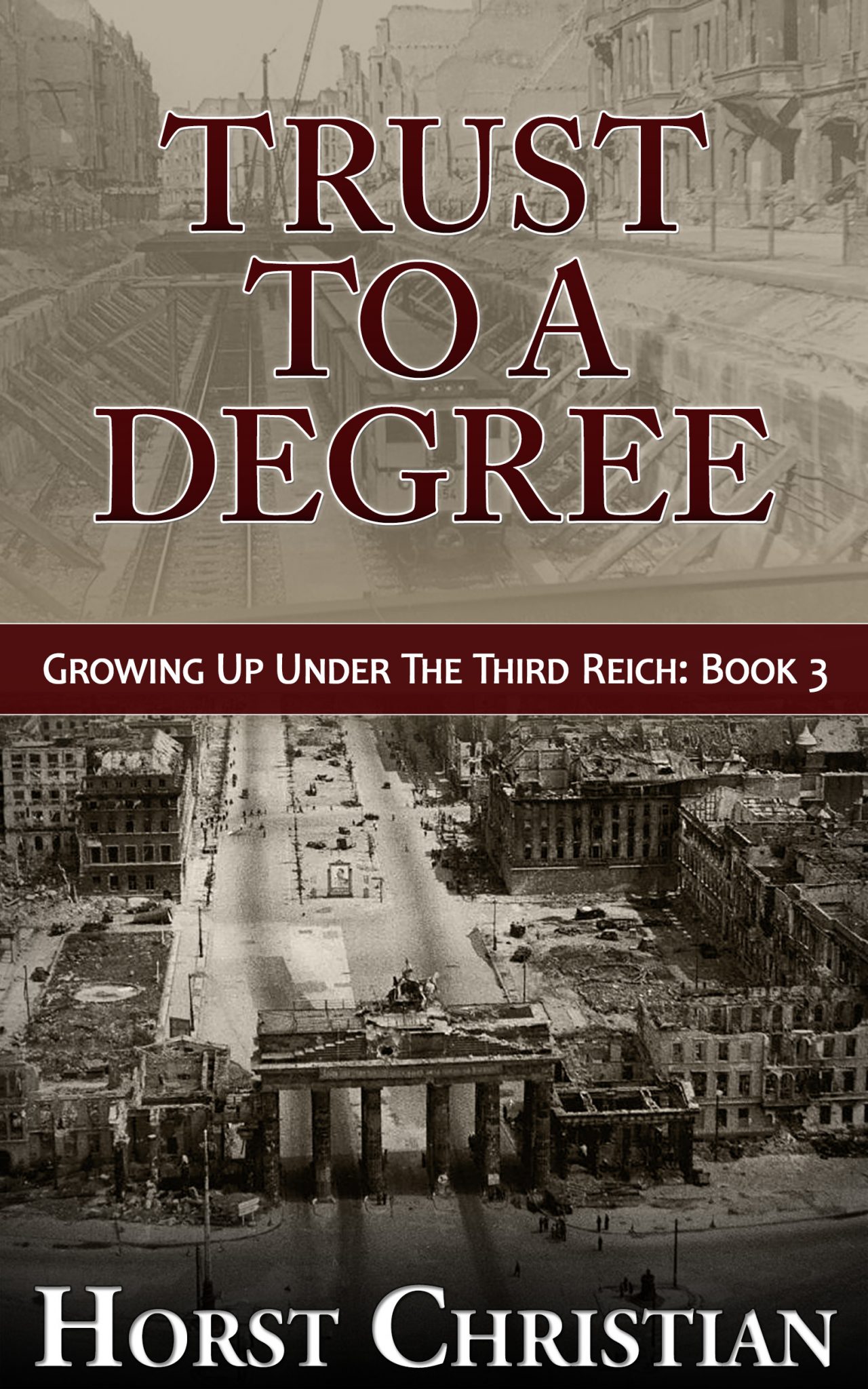 Trust To A Degree

On May 3, 1945, Karl Veth is kicked awake by Soviet soldiers and put under arrest. He and his friend, Harold, had narrowly escaped death during the fall of Berlin by taking refuge in the subway tunnels under the city. As members of the Hitler Jugend (Hitler Youth), the two 14-year-old boys had been ordered to fight to the death; however, they defied Hitler’s orders and chose to live. Hearing the announcement the day before that Berlin had surrendered, they left their subway shelter to seek out friends where they thought they would be safe. Somehow, the Soviets had found them. But what did they want with them?

After being transported to an interrogation center and brought before a Russian political Kommissar, Karl soon finds the answers to his questions. Once again, he is going to be used by a high-ranking official due to his unique knowledge of the Berlin subway system. He must agree to help the Kommissar or risk being shipped off to the Russian labor camps along with the rest of the German prisoners. When Karl learns that Harold has also been arrested and given the same choice, the two agree to assist the Kommissar.

The boys work with the Kommissar and when the last mission is completed, Karl hopes to be released so he can search for his family. Unfortunately, the final mission ends with a twist and Karl is once again forced to make a life or death decision. This time, however, the life hanging in the balance is not his own, but that of someone very close to him. To save the life of the person he holds dear, Karl must decide whether or not he will follow orders and do the one thing he has never done before – take the life of another.