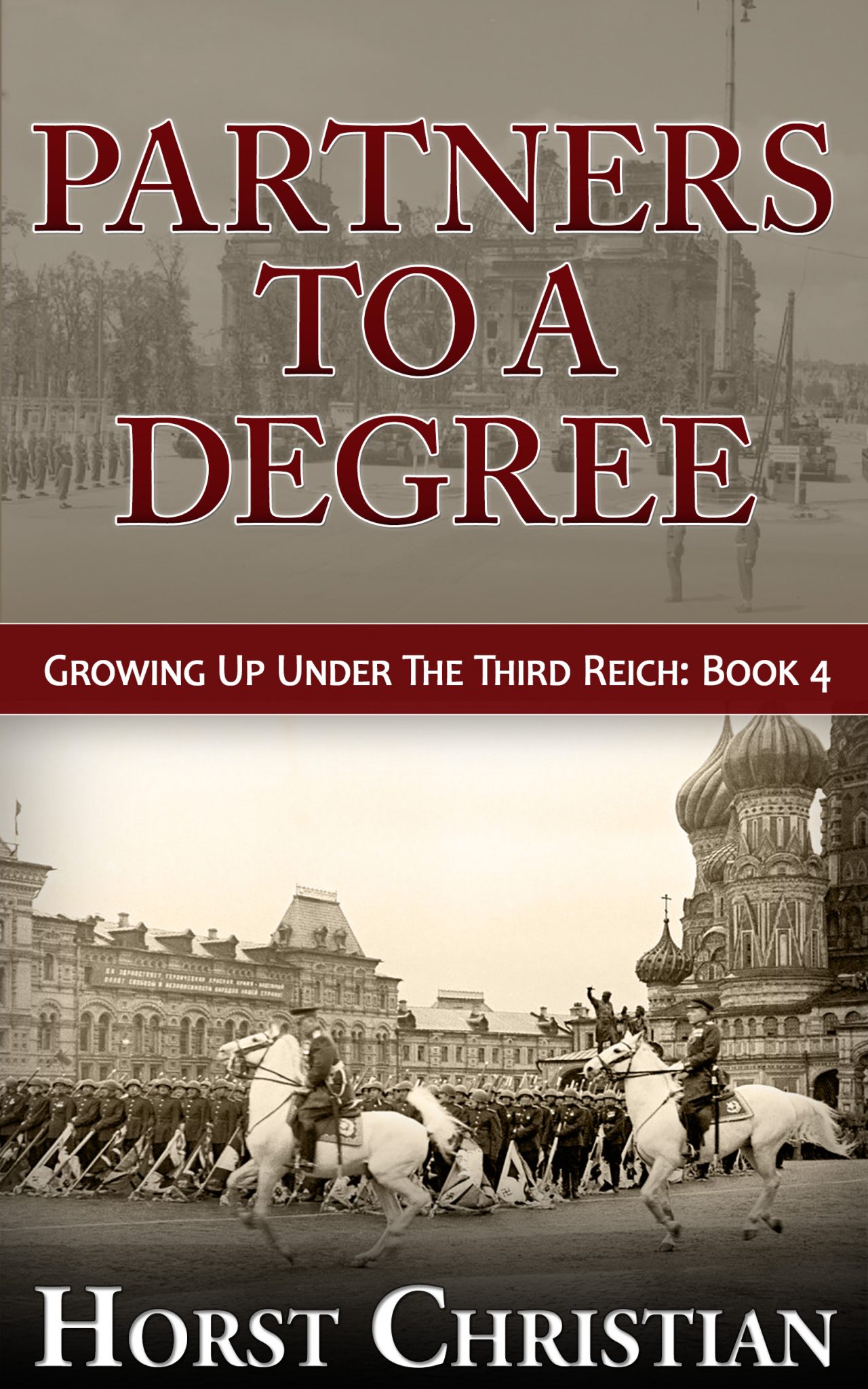 Partners To A Degree

As World War II comes to an end for Germany, 14-year-old Karl Veth and his best friend, Harold Kellner, narrowly survive the fall of Berlin. Their knowledge of the city’s subway system plays a key role in their survival during the battle of Berlin and will do so again in the days that follow as the Soviets control the city.

After being arrested by a Russian Political Kommissar, Karl and Harold are given the option of being shipped off to Russian labor camps or completing missions for the Kommissar and earning their freedom. The promise of freedom and the possibility of receiving information about the fate of their families is more than enough to ensure their cooperation.

The Kommissar is continually surprised by Karl and Harold’s ingenuity and resourcefulness as they complete each mission. He develops a fondness for the boys and offers to adopt them and take them back to Russia with him when he returns. Holding out hope they will eventually be reunited with their families, they refuse the Kommissar’s offer. Unfortunately, only one boy’s dream of seeing his family again will come true.

The ravages of war dramatically changed their lives and while Karl and Harold have each suffered the loss of loved ones – one has lost more than the other. One boy will struggle to put his life back on track and the other will embark on a path of revenge – fueled by grief and anger at the lies that caused his loss and the destruction of his homeland.

One boy’s story comes to an end, while the other’s is just beginning.