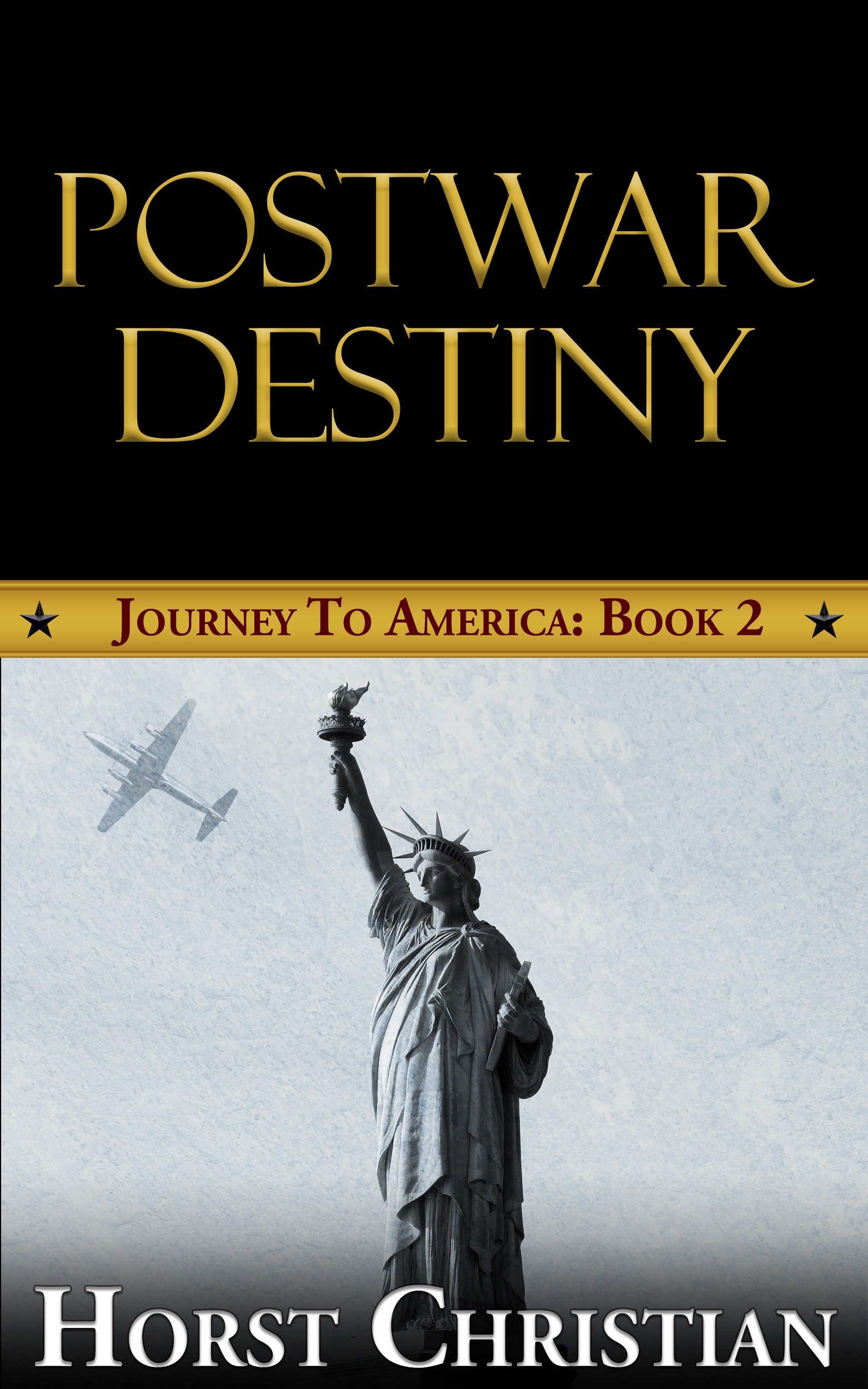 As of yesterday afternoon, I was notified by my VA, Christina Haas, that my book “Postwar Destiny” has been published by all of the retailers, except Amazon, who is presently experiencing a technical glitch.

According to Amazon, it should be fixed within the next seven days. Well, given the present situation this is not too bad. I will post on this site when the book is released.

In the meantime let me, please, tell you what the book is about. It covers, to a degree, the immigration of Karl to America and his first few experiences in his new home country. Just like in my previous books, I try to write it in a balanced way.

Sure, there where a few culture shocks, which were not only real, but almost impossible to understand. So, I wrote about them the way Karl experienced his new world. He tried his best to understand and not to judge. He was determined to “fit in” and to adjust.

Sometimes, however, it was a bit difficult. Especially the American habit of starting the meal with an appetizer. In the first place, he never liked to eat. For him it was a complete waste of time. In the second place, he had no idea how hungry he was, when he sat down in a “diner”. So, in order not to miss out on a sweet treat, he always started the meal with a dessert. And, when, after eating it, he was still hungry, he ordered a second one. It nearly drove him insane when the waiter asked: ” Soup or salad?”

I also avoided to describe his mindset when he tried to deal with ice cubes in his drinking water. You have to be an immigrant, to understand. There is no other explanation.

But, most of all, Karl loved his new Homeland which presented him, and still does, with unlimited opportunities. He never regretted his decision to leave his birth-land behind.